Skip to content
Start » Religious tourism: Destinations in Brazil and in the world

Religious tourism: Destinations in Brazil and in the world

Traveling is one of the favorite activities of many people, whether it's a trip to the beach, or a trip abroad, there's always a place we really want to visit. Religious tourism is something that has many supporters – and this number has only been increasing because the elderly started to travel more .

Basilica of Our Lady of Aparecida

The Basilica of Nossa Senhora Aparecida, located in the city of Aparecida in São Paulo. It is one of the places in Brazil where there is more religious pilgrimage, especially in the month of October. The city of Aparecida became a place of pilgrimage and faith because, when it was still a village, three fishermen found an image of the saint in the river, after that moment the fishing in the place was abundant.

From an altar in the small village to the city of Aparecida today houses the third largest Catholic religious temple in the world. Every year around 8 million people visit the city of Aparecida, and the Basilica has several places to support pilgrims, such as clinics, rooms for baptism, chapel of penance, hall of promises, nursery, dining room. In addition, the place also has exhibitions, fairs, museums and other places for tourists to visit.

Feast of the Círio de Nazaré in Belém

The Festival of the Círio de Nazaré emerged from the moment an image of Nossa Senhora de Nazaré found by a caboclo on the banks of the Igarapé River.

Every time the image was removed from the river stones, it disappeared from the place and returned to the river without explanation, from that episode a church was built on the site in 1941.

The candle of Nazareth takes place for 15 days in the month of October and is composed of several processions through the city of Belém.

In addition, there are hourly masses, novenas, pilgrimages and at night there are several stalls, fairs, parks, fireworks and other activities for children and adults. The Círio de Nazaré festival ends on the last Sunday in October with the return procession.

The staging of the Passion of Christ in Jerusalem is one of the most famous religious events in Brazil. Every year, weeks before Easter, the city gathers thousands of people who come to watch more than 500 actors enact Christ's last steps in the largest open-air theater in the world.

The theater known as New Jerusalem is made up of walls and 70 towers, including Herod's Palace, Pilate's Forum, among other important sites.

The staging lasts about two hours, tourists who go to the show can buy a travel package which already includes transport to the venue, ticket to the show and accommodation.

Journey to the Holy Land

One of the most sought after places in the world when it comes to religious tourism is the Holy Land, which includes the countries of Israel, the West Bank and some parts of Jordan, as it is in these places where Jesus lived.

Even the city of Jerusalem, in Israel, is considered one of the holiest places for Catholics, and Jordan, where Jesus was said to have been crucified, is one of the most popular destinations for pilgrims. The place attracts visitors at all times of the year, during Christmas and Easter.

The Vatican attracts thousands of faithful every year who want to visit the place where the Pope lives. One of the main points is St. Peter's Square where the Pope celebrates some masses and makes pronouncements, the square has an obelisk over 40 meters high that is shaped like a cross.

The Vatican is located within the city of Rome, Italy, where you can visit museums, squares, St. where the pope celebrates the main masses of the year according to the Christian calendar, the place has a Renaissance style and has works by great artists, including from Michelangelo to the Sistine Chapel, which is famous for its architecture and inspiration in the Temple of Solomon, place biblical.

And then? What will your destiny be? Tell us in the comments! 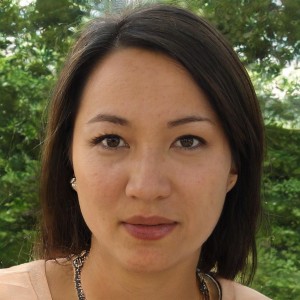 Fernanda Smith is a master's student in language sciences at the Federal University of Rio de Janeiro, graduated in Journalism at the same institution that supports rubro negro.